January RIOT Round Up

HomeLatest newsJanuary RIOT Round Up 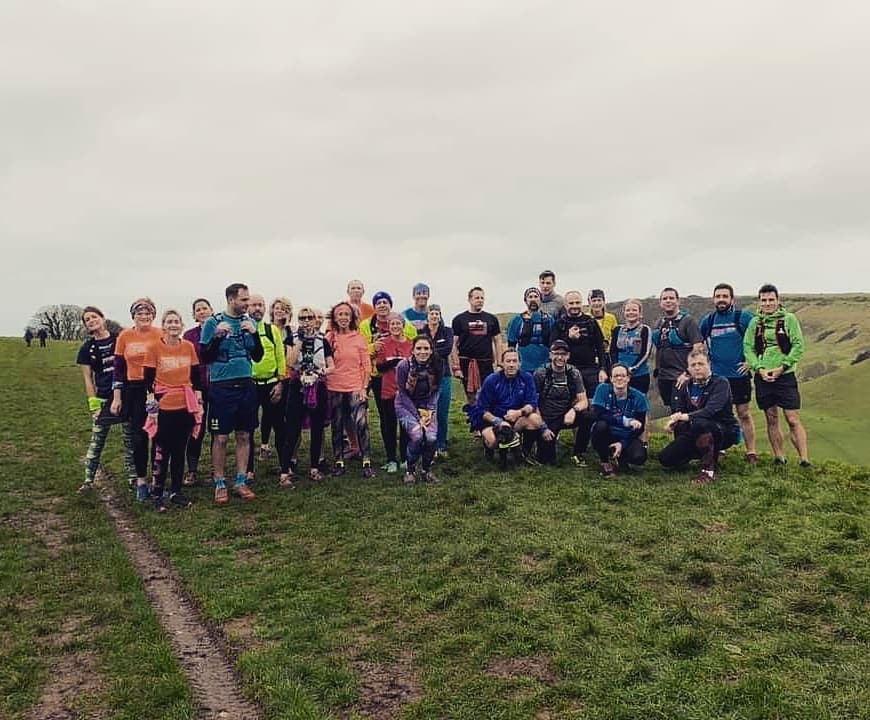 It has been a great start to 2020 with lots of events, busy running groups on a Thursday night, our first RIOT Juniors session and a new Couch to 5km group starting their running journey!

Our club is growing and we are now approaching 250 members (which is absolutely amazing), which means we can’t cover everything, however, remember that you can keep an eye on other RIOT members achievements in RIOT Group Chat and the Strava Club, or drop us a message if there’s anything you want to bring to our attention.


Dorchester RIOT members take part in a wide range of disciplines, so alongside England Athletics, we are thrilled to announce that we are now members of British Cycling and Triathlon England. If you wish to affiliate with them as ‘Dorchester RIOT’ you can benefit from additional event discounts and offers. We kicked off January with our new RIOT Juniors club, we currently have fortnightly sessions on a Saturday morning but get in touch with us on Facebook or by e-mail for more information.

March dates for your diary;

What have RIOTers been up to in January?


Whilst some of us were nursing a sore head, or refuelling on a fry up, others were either completing a double New Years Day parkrun or

lining up for the Broadstone Quarter Marathon. This was RIOTs first representation in the Dorset Road Race League, having joined for 2020. Well done to all those who represented RIOT, kicking off the year with some great running, including those who achieved PBs for 10km and other distances (Shelley Carter, Kirsty Eveleigh, Stephanie Woods, Mark Stockman and Debbie Wiltshire), well done also to our second claim members who had some fantastic results.

On a drizzly Sunday in the first week of January, 30 RIOTers took to the muddy coastal path for the social 10 mile Pasty Run to blow away some of the Christmas cobwebs. This was the third year that we have run this popular route, a stunning loop from Worth Matravers, up to Kingston then along the coastal path past Chapman’s Pool. The run never gets any easier and it includes some big climbs and plenty of steps, but it is always worth it for that pasty.

In a month which brought a lot of rain and with that, mud, mud and more mud, we saw many take on trail at night, completing routes

which are a challenge in daylight! Well done to Paul and Claire Carlin, Virginie Morris, Natasha Rolls, Rebecca Bradley and Karen Croad who completed the Dark Moors 10 mile event, to Simon Fowler, Karen and Charlotte Roper-Brown, Sarah Dunford, Martyn and Julie Oliver, Frankie Daly, Kevin Moore and Mark Allwood for completing the Ninesprings at Night 5km or 10km events (or both) and lastly Graham Smith who took on the Wild Night race in Dartmoor. Paul Danbury and Mark White also lead one of our Tuesday night runs at Thorncombe Woods, where RIOT runners were (at last) treated to some stars and clear skies.  The big RIOT takeover of the month was at the Bustinskin Dirty Devil Stampede, where many RIOT runners donned tutus to run up the “knife edge”, through icy water, gritty sand and thick mud. Nice running by all who took part, but a shout-out to Rosie Pomeroy for taking the plunge and practicing some front crawl in the freezing water, and to Chris Peck who claimed first place in the half marathon.

We can’t go a blog without mentioning the first RIOT Juniors session, which was led by Amy and Carly with the support of some helpful and brave parents without whom we would not have been able to run the sessions, so a huge thanks to you all. A big well done to the 40+ mini RIOTers who were tearing round the Rugby Pitch playing running games. We look forward to seeing them continue with the sessions,  acquire some medals of their own, and get the same enjoyment from running that we all do.

Special Mentions: Big well done to all the RIOT Juniors that completed the Frosty 5k. 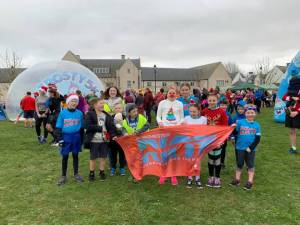 Tara Knight for her PB at the Swanage 10km. Scott Southgate for finishing his first (of many) marathons for 2020 at Disneyland in humid conditions. Christina Guppy, Karen Lewis and Kerry Bartlett for the Epic Exeter trail 10k. Matt Ings, Scott Southgate and Bella Lowis for completing the muddy 20 mile Stonehenge Stomp with Bella achieving her furthest ever distance (20 miles!) Second claim speed group regulars Brian Fields and Frances Johnson for their achievements at the Gloucester half and marathon. Last but not at all least, we didn’t have a December blog, but we want to recognise the achievements of Rebecca Bradley and Tina Usher who smashed Portsmouth Marathon (which was actually an ultra).

RIOT Tourist of the month: This was a tie between two exotic locations; Miami (Dee Brooks) and New Zealand (Jim Williams), we all enjoyed the photos of your destinations, we honestly weren’t jealous at all whilst running round Dorchester in the rain.

Parkrun PBs: Congratulations to Mark Brown, Simon Fowler, Claire Ridge, Robert Lavender, Clive Scammell and  Michael Paulley for your PBs at Weymouth parkrun and to Paul Carlin for getting a PB on New Years day at Upton Country Park (apologies if we’ve missed you from the Weymouth parkrun results, if so, check your club is Dorchester RIOT on your parkrun profile).

February looks to be another exciting month for RIOT, kicking off with a big turnout at Lytchett 10, more half and marathon training runs and our first RIOT challenge of 2020 “Munich to Budapest”. Good luck to you all…