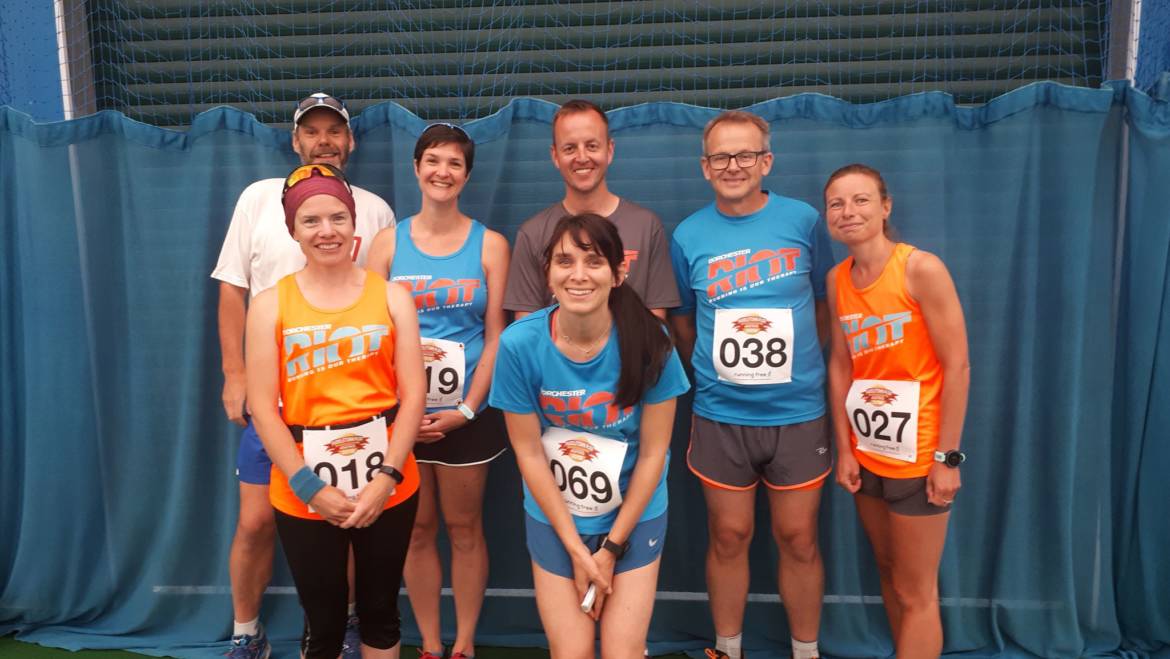 The Puddletown Plod is what we’d call a ‘rural road race’, taking in forest, country roads and pretty Dorset villages. Ten RIOT members attended the half marathon run, which raises funds for the local school.

The run, which is well supported by marshals and aid stations, begins with a lap round the school field cheered out by spectators, then had a nice downhill start through the woods to warm you up.

Miles 3-11 of the run were largely flat and we were all pleased to escape the heat that many of us experienced at Dorchester marathon just two weeks before. However, the run was not without its challenges and runners needed to save some energy for the final two miles back UP Rhododendron mile. The run ended with a final lap of the playing field with a band to play you through your sprint finish.

Complimentary watercress smoothies and bags of watercress were available and each runner received a chunky medal printed with the run slogan “leave your footprint on the plod” referring to the lasting impact from funds generated by the race.

The RIOT team all had a great run and despite the final undulating five miles RIOTers achieved half marathon PBs, though we do wonder if this was partly due to the delicious homemade cakes waiting at the finish line!