RIOT do Weymouth Half and 10k

HomeEventsRIOT do Weymouth Half and 10k 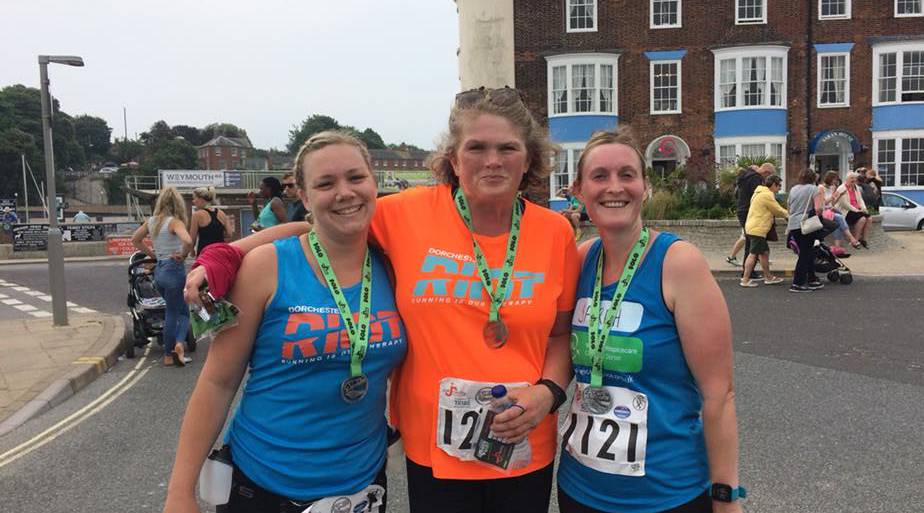 The weather for the second attempt of the Weymouth Half Marathon and 10k was considerably different to the originally scheduled March date, far less snow for starters! What was meant for many to be a training run for the Dorchester Marathon or Casterbridge half ended up being a warm down, or for some an attempt to better their times.

Around 15 RIOTers packed in their porridge and took to the streets of Weymouth, beginning their run along the seafront along the promenade. It made for a particularly social course as the route then directed the runners back via the road, this made for lots of waving and encouragement for fellow team members. The overall event was well marshalled including a few of the RIOT team to capture photos whilst ascending a couple of the sneaky hills! There were some outstanding performances, with several people achieving a PB, some battling through injury to make it round and some working together to keep spirits high and get it completed. All in all it was another successful event for all involved, whether participating in the half or the 10k we were proud to cheer them all across the line!