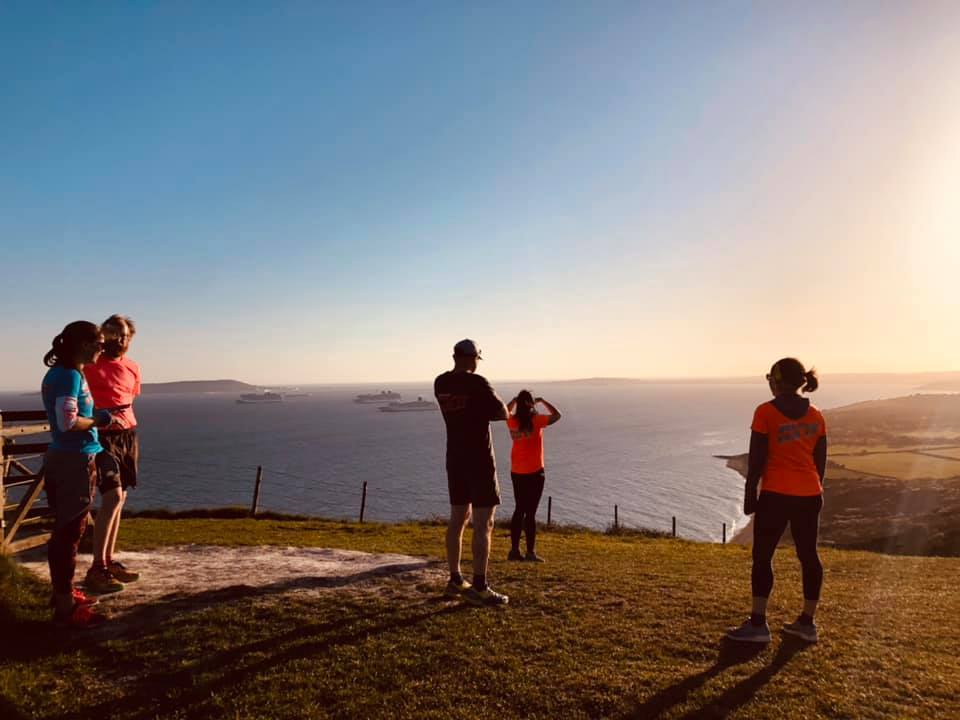 This month, virtual events were gradually replaced with physical ones, and RIOT have put in some impressive performances both on race day and on the days in between.

This month’s PBs were earnt from David Howell, Martin Smith, Edward Land and Scott Southgate to name just a few. George Peters and Vikki Browne have been putting in impressive mileage whilst training for their Jurassic Coast Ultra events taking place later in May, and Gemma Allner ticked off her longest run yet with 14 miles completed.

Mary Godding celebrated her 40th birthday with a 40km run while Jo Brookes and Claire and Paul Carlin took part in the New Forest Half Marathon.

Claire Carlin also completed her first Ultra during April.  Not only did she achieve the elusive sub-4 hour marathon during the event, she also finished 1st female.  This outstanding performance earnt Claire a nomination for this month’s RIOT Member of the Month, along with Sadie Mitchell and Shelley Carter for their first duathlons and Virginie Morris for her first marathon.  Other nominations went to David Howell and Edward Land for PB running, and Claire Journeaux and Nick Guppy for consistently heading out the door.  Gemma Shone was nominated for a great time at the Ooser half (which was also her first ever event!) and Bronwen Bruce also earnt her nomination at the Ooser for completing her first marathon.  Being a regular on the run leaders sheet, Nikki Rich was nominated for great engagement since club runs have resumed.

It was a really strong group this month and after two rounds of voting the joint winners of April’s Members of the Month were Bronwen Bruce and Nikki Rich – well done to you both!

With over 20 RIOTers in attendance at the Dorset Ooser Half and Full marathon it wouldn’t be possible to list them all, but well done to each and every one who took part.  As we’ve mentioned, several members ticked off new distances at the event, including Louise Curtis who completed her longest run yet.

Running hasn’t been the only event which has seen the RIOT blue on the start line this month; Martin Smith and Paul and Claire Carlin have also competed in duathlons, with all three putting in impressive performances despite still being early in the season.

As if this month wasn’t busy enough, we also held our AGM, hopefully the last time as a virtual event! Thank you to everyone who attended, full minutes will be published on the website in due course so do keep an eye out for those if you missed the meeting itself.