RIOT Round up for September

HomeLatest newsRIOT Round up for September 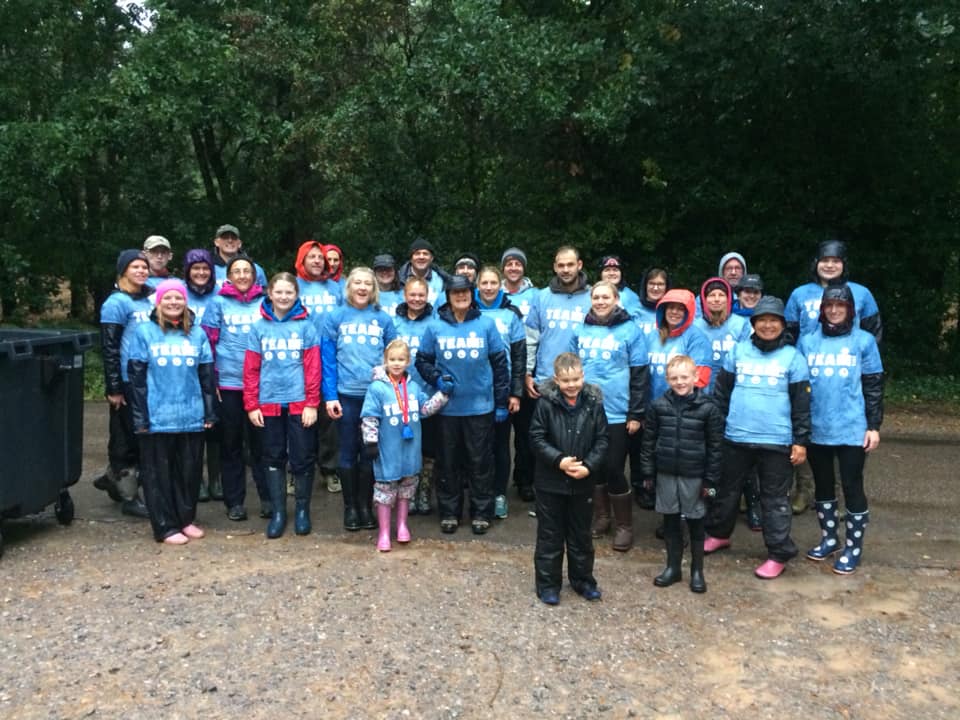 Here is Septembers installment of the monthly blogs, to share just some of the many events RIOT members have taken part in! October has already started off with a bang at Bournemouth so we look forward to a packed blog next month, however if there is anything in particular you want to bring to our attention that you think we might miss then get in touch with Rachel.


A big well done to our RIOT members; Dee, Gary, Helen, Mike, Russ and Geoff for smashing Weymouth IRONMAN 70.3. For those who are not familiar with the event, it comprises of a 1.2 mile swim, 56 mile bike ride then this is finished with a 13.1 mile run. A tricky enough challenge in good conditions, however they did this in strong winds and rain (though the sun came out in time for the run). We are all proud of their achievements and they may have even inspired other RIOTers to give a triathlon a go, so we look forward to seeing more of this in the future.  Well done also to Clare, Simon and Alex who took part in the relay events. The competitors were not the only people enduring the wet and windy weather, 30 RIOTers got up at the crack of dawn, to help the club and provide bananas, energy drinks and support at the first aid station on the bike course. I know how much that was appreciated by those taking part and we are grateful to all those who gave up their time.


With the start of September, we began the penultimate RIOT challenge of 2018. This challenge had a calm start, lacking the frantic competition of previous challenges, but this was short-lived as Paul was nominated (by Steve) to dress up as a tooth if all teams completed the challenge. At this point the challenge kicked off and Strava was regularly scoured for dubious entries. However, Paul was saved the fancy dress at the final stage of the challenge as one team missed the deadline (we just think Team 09 wanted to see him sweat).  We watch this space for the tooth costume….

Well done to everyone who took part, in the 21 days of the challenge 67 members ran an incredible 3445 miles (the equivalent of running to Bagdhdad) and met new people on the way. We particularly enjoyed the Strava art, homemade banner for Team 02 and the dedication of teams running at 00:00 to finish the challenge first. Details of the next challenge, Festive 24, will be announced in November.


Mags and Paula kicked off the month with their grappling hooks to run the tough Man vs Mountain event, consisting of over 5000 ft of elevation and 22 miles up, then down, Mt Snowdon. After a challenging climb, you’d have hoped they’d be rewarded with good views at the top – sadly it was foggy – but they were rewarded by the accomplishment of completing such an event (and hopefully some post-race gin). Later in the month Helen, Sue and Becky took a trip to Snowdonia for the Hurly Burley, a 10km swim (yes, you read that right, 10km!), followed by an 11km run.


Tough and trail was the theme for September with RIOT runners taking part in the Beast, Hangers Heroes 10k, half and full marathons, Crafty Fox half marathon, New Forest 10k and half marathon and Purbeck 16. These are not easy routes so great running by everyone that took part, but particular mentions to Wendy (8th lady in Purbeck 16), Malcolm (for taking over 20 minutes off his previous Purbeck 16 time), Delia (5th lady at Crafty Fox and 1st Lady at Hangers Heroes Half), Carwyn (2nd male at Hangers Heroes) and Paul P for completing his first marathon. A big congratulations also to Beverley Smith for running her second 50 mile run of the year, and being the first lady to finish the Sandsfoot Cafe Ultra.

Parkrun PBs: You RIOTers are constantly beating your previous parkrun achievements so documenting parkrun PBs is tricky as they quickly go out of date. However there seemed to be a fair number smashing it during September and a big well done to Martin, Mark, Libby, Matt, David, Sarah E, Karen, Stephen, Lauren, Dave, Carly, Helen, Rosie and Becca for all beating their parkrun personal bests at Weymouth this month.

Other special mentions: We had a great RIOT turnout at the charity Dumble Bimble 5 mile run on Portland to start the month off, well done to Rosie for taking on her first 10k race at Exmouth,  Kim and David for their PBs at the Carnival Chase 10k, Peter and Tara for their runs at the hilly Chard Chaser and Jo B who knocked a massive 10 mins off her half marathon PB at Bristol!

Spotted! RIOT Tourists of the month: David and Kim running around Usk Reservoir, Debbie running at Havorfordwest parkrun and Rachel was spotted in the RIOT hoodie at the Old Man of Storr (not running!).