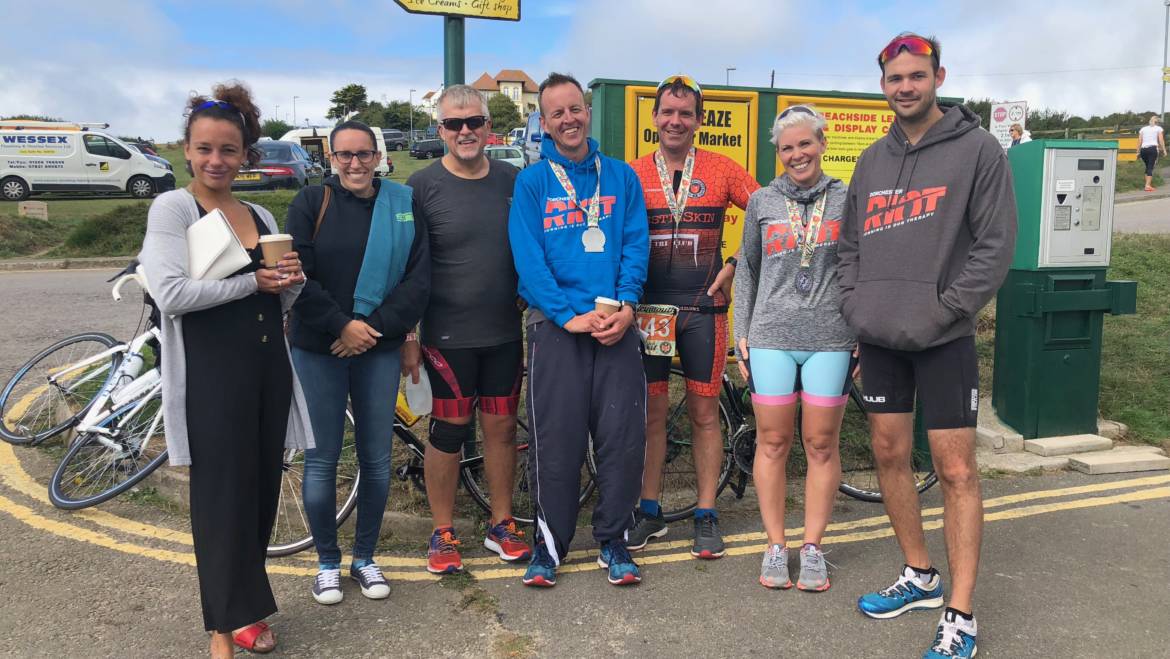 September 7, 2018 2 0
For many years I’ve wanted to do a triathlon but have always seemed to have an excuse, however
since being part of RIOT its allowed me to challenge this and I have just completed my first Olympic distance event at the Weymouth Classic.The journey started a few months back when on a RIOT park run tour, chatting to various club members that I’d only just met around my desire, at this stage I was still making excuses “I’ll do it next year” only to be met with “do it we’ll help you”.So I ordered a wetsuit and off I went, the club have a number of triathletes and the encouragement, advice and support has been fantastic, not to mention the times that people have gone out of their way to swim with me.

So Sunday 19th approached and I was ready or so I thought, checking the bbc weather only to be met with 20mph south Westerly winds…Oh!

Race day… down to bowleaze for 5.30am to register, the sun was just coming up and the sea was going up and down pretty quickly, it was lively!

I met my fellow RIOT triathletes and it was time to go, stood there at the waters edge the whistle went and we were off, around 160 people all heading out to the first bouy, arms and legs everywhere!

The swim was tough, im told the swells were 1 meter and at times I had the little voice in my head telling me to just head over to the kayak and I can get a nice ride in, fortunately the other voice is louder and i carried on, once past the last bouy it got easier and I finally managed to get a decent rhythm going.

When I got to the shore there were lots of friendly faces cheering me on which was such a big help, as always a big thanks to the RIOT family who turn out to support everyone.

So I trundled into transition trying to hurry to get out of my wetsuit and get ready for the bike leg, not easy with what felt like a few pints of sea water on board, a couple of minutes later I was on the bike.

The route was mostly flat, a few bumps in places but the wind made it more challenging, I thought id be able to push on but the a combination of a tough swim and stomach cramps made it harder than expected.

Over the last hill and into transition and more great support from family and friends, I racked the bike and zoomed…sorry trudged off.

The run was over a pretty flat course, apart from the one big hill near the finish, at this stage I was still battling with cramp and just tried to ease my way through the miles, over the hill and I was there at the line, more great support from more RIOT crew and a medal.

Never again, hated it were the first words I uttered after I finished, but if you asked me now would I do it again the answer would be maybe…by next week I’ll probably have already booked another. 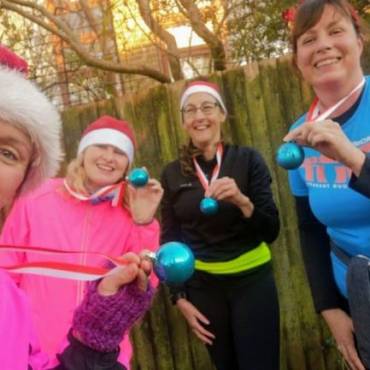 From RIOT Couch to 5k to Marathon Runner 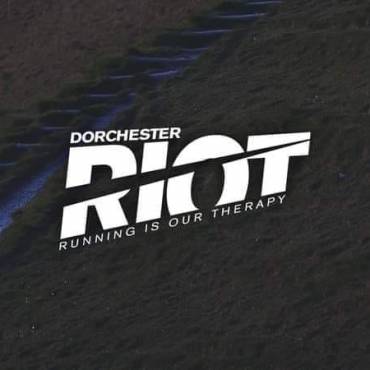 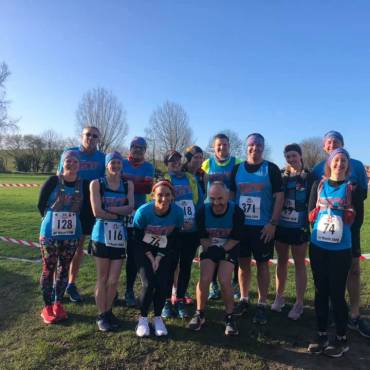