RIOT Round Up for August

HomeLatest newsRIOT Round Up for August 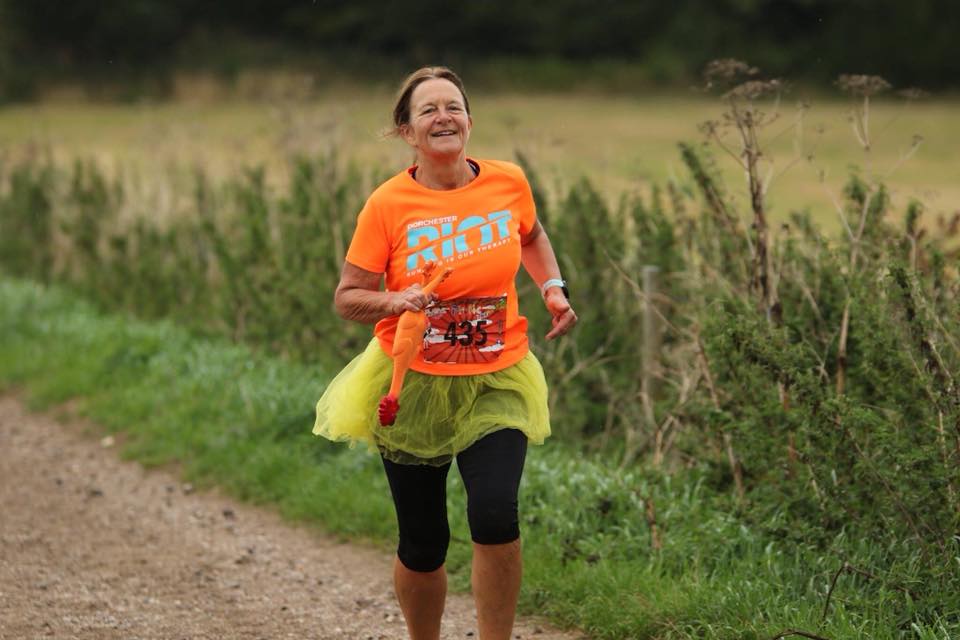 We are going to trial a new monthly blog to share just some of the key or unique events RIOT members have taken part in, though you are a busy lot so we can’t cover them all! We’re pretty good spotting our members’ sporting achievements, but if there is anything in particular you would like to draw to our attention, but think we might miss, then get in touch with Rachel.

Frolicing as a flapper girl

Picture the scene, it is an August bank holiday, it is raining heavily, gale force winds are tearing through the tents and you are running 5km laps around a muddy field dressed as a 1920s flapper girl clutching a squeaky chicken (for use as a relay baton),  a standard sight at a White Star Running frolic.  With the theme “dress to impress” seven teams of RIOT runners (fuelled by some amazing cakes – RIOTers have many talents), battled through the typical August bank holiday weather. Fancy dress ranged from flapper girls to gangsters, tuxedos to tutus and even superheroes. At the end we were rewarded by an impressive medal, beer and biscuits. No matter how many 5km laps you did, to get up and run in those weather conditions, is some achievement. That and the support between teams, certainly made it an event we’ll not forget in a hurry. A big well done to all who ran across the weekend, especially to those who ran on both Saturday and Sunday including; Dee (6th half marathon in 6 months!), Martyn and Julie Oliver (who both completed their furthest distance over a 24 hour period…so far), Paul Pomeroy and Amy, lastly congratulations to Scott Civil who came third in the 10km race.

On the 5th of August at approximately 11pm, committee member Paul breathed a sigh of relief as it was clear he would succeed in his aim to top the RIOT members Strava club leaderboard! It was a tense week, and Paul had to fight off tough competition from top-spot regulars Jase and Brian, however his 44 mile week was enough to gain him that coveted top spot. We have heard he plans to live off this achievement for a while and has currently gone in to running retirement (….well, at least until a rare race appearance at the 2019 Yeovil half marathon).

The 11th and 12th of August found RIOT members at two local 10k races. The weekend started with a race known for its cake, the tough trail run, Maiden NewTen. It was not an easy course and runners should be proud to complete it, however a big shout out to out to Becca, one of our January c25k graduates, for smashing her 10k PB.  On the Sunday, runners welcomed some cooler, fresher weather for the Royal Manor of Portland AC road run, Round the Rock 10k.  Lots of 10k PBs were smashed with Delia (fourth lady!), Paul P, Harry, Scott and Alex (third lady), all beating their 10k PRs. Special mention to Andy D and Mark W for running at both events (and to Mark for smashing his 10k PB twice). Nice running by all who took part!

RIOT take on a tri

Looking out into the rough sea on the 19th of August, it did not look appealing – especially given the calm seas experienced training through the summer heatwave. However that did not deter the group of RIOT members taking part in the Bustinskins Weymouth Olympic and Sprint distance triathlons.  After a swim in the choppy seas, they had to cycle in a cross-wind, then follow that with a 10km run, a brilliant achievement by all that took part, especially Steve Stone who completed his first triathlon in less than ideal weather conditions, he’s written a blog on his experience here.

Other special mentions: Tamsin and Stephen ran the beautiful but extremely tough 27km Le Belier mountain race which consisted of 1000m of stony, uneven ascent and descent. Andy M and Rachel completed the 32 mile Weymouth to Swanage Dorset Doddle with very welcome RIOT support along the route from Anne, Elaine, Delia, Jase, Matt (who ran 13 hilly miles after completing the classic distance triathlon), Paul D, Lyn and Martin I. Lastly, we can’t forget our regular parkrunners who do RIOT proud by running, volunteering or supporting each week in Weymouth or further afield, thanks for continuing to represent RIOT.